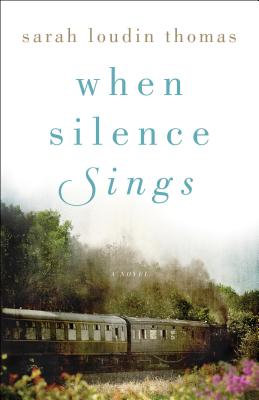 By Sarah Loudin Thomas
Email or call for price

Colman Harpe works for the C&O in the Appalachian rail town of Thurmond, West Virginia, but he'd rather be a preacher and lead his own congregation. When a member of the rival McLean clan guns down his cousin and the clan matriarch, Serepta McLean, taunts the Harpes by coming to a tent revival in their territory, Colman chooses peace over seeking revenge with the rest of his family.

Colman, known for an unnaturally keen sense of hearing, is shocked when he hears God tell him to preach to the McLeans. A failed attempt to run away leaves Colman sick and suffering in the last place he wanted to be--McLean territory. Nursed by herbalist Ivy Gordon--a woman whose birthmark has made her an outcast--he's hindered in his calling by Serepta's iron grip on the region and his uncle's desire to break that grip. But appearances can be deceiving, and he soon learns that the face of evil doesn't look like he expected.

Sarah Loudin Thomas is a fund-raiser for a children's ministry who has also written for Mountain Homes Southern Style and Now & Then magazines, as well as the Asheville Citizen-Times. She is the author of Miracle in a Dry Season, Until the Harvest, A Tapestry of Secrets, and The Sound of Rain. She holds a BA in English from Coastal Carolina University. She and her husband reside in Asheville, North Carolina. She can be found online at www.sarahloudinthomas.com.